DUI: 5 Things You Must Do (First) When Charged with Driving Under the Influence 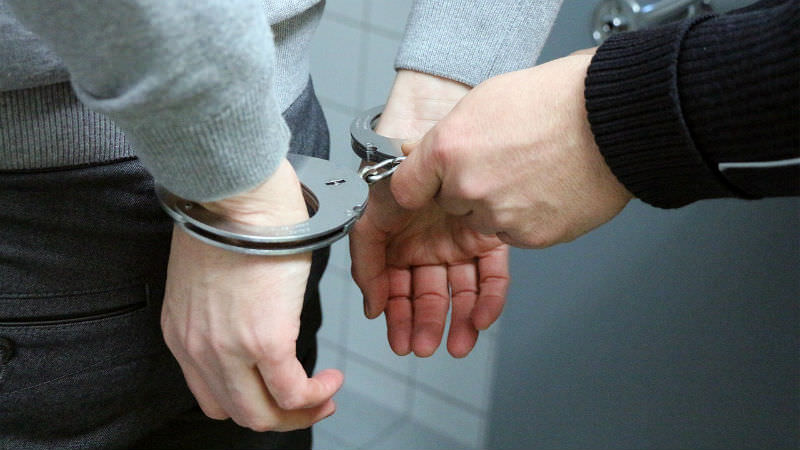 A driving under the influence charge (DUI), now referred to as Operating Under the Influence (OUI) and has also been referred to as DWI, can be frightening as a OUI arrest is very serious. You may be afraid you will lose your license, that your insurance costs will skyrocket, and you aren’t sure how to go about dealing with the charges you are facing. You may even believe that you should not have been charged for driving under influence of alcohol or drugs at all. If you have been charged with a OUI (DUI or DWI), these are the first five steps you should take to protect your rights under the law.

It may take sometime for your case to get to court. Time can cause you to forget details, especially minor ones that may help your OUI (DUI or DWI) case. As soon as you can, write down every detail of the traffic stop, even if it appears to be insignificant. You will also want to document what you did during the day and evening. You will want to include where you went throughout the time prior to the stop, where you were heading and why you were on the road. Be sure to note exactly where and when you were stopped.

In most states, an officer must have reasonable suspicion that you are driving under influence of alcohol or drugs and the officer must tell you what the reasonable suspicion is when he stops you. Therefore, you will want to document what reason the officer gave for pulling you over initially before charging you. Describe the breath test device if you were given one and document any under the influence tests they administered, including saying the alphabet backward, one leg stands and eye tracking. If the officer asked you what you had to eat or drink, note any response you gave as well.

When you were arrested for OUI (DUI or DWI), you were read your rights which includes the statement “anything you say can and will be used against you.” What you may not know is that this phrase includes anything the prosecution finds in the public domain and all social media is considered public domain. If you posted photos of you toasting with friends that night or sent out tweets about going to several bars, the prosecution can use those against you in your case.

Police and prosecutors now review social media accounts in order to find incriminating photos or posts to use in court. Even if the photos are innocent, they could be damaging in front of a judge or jury when taken out of context. The best option is to remove any photos or posts that could be considered incriminating, but that may not keep the prosecution from finding them. By making your account as private as possible, there is less risk of them using something posted that night against you. Whatever you do, do not post about your drunk driving charge or what you did that night after your arrest.

3. Get the Police Report

You have a right to obtain the police report of your arrest for driving while drunk. This will contain the majority of the evidence against you and what will need to be overcome at trial. It will indicate any field sobriety tests performed, a printout of your breath machine result or a lab report that shows your blood test results. It will also include a narrative of your driving while intoxicated arrest written by the arresting officer.

Once you have a copy of the report, review it closely and compare it to the notes you created of the night you were arrested. For example, if the police report says that the officer made you recite the alphabet backwards as part of the field sobriety tests, but he failed to do so, that could invalidate the report. The report may also say that your voice was slurring or that you smelled of alcohol. If you have witnesses that can testify that none of this was true, your attorney can argue that the police report contains false information. In some states, your police report will be given to you at the arraignment while in other states you can obtain it from DMV.

Although a OUI (DUI or DWI) can be one of the most stressful things to happen to you, there is no need to obsess over the outcome. Maintaining good communication with your lawyer is the best way to keep calm as your OUI (DUI or DWI) case winds through the court system. Leave the investigation and research to your attorney. Don’t try to interview witnesses and especially do not talk to the police or prosecutors. An experienced attorney knows what needs to be done to protect your rights. Understand that there are many ways to fight a driving under influence charge and leave that responsibility to your OUI (DUI or DWI) lawyer.

When you are arrested for a OUI (DUI or DWI), you need a good attorney. The attorney who handled the sale of your house may not be the best option as they may not be well-versed in the complexities of a driving while intoxicated case. Like doctors, lawyers often specialize in certain types of cases. A driving under the influence case is often based on science. In fact, the police are required to follow certain scientific protocols when determining whether you are under the influence. A good OUI attorney understands that science and can often challenge the result when they find that even a minor protocol was not followed, or results were interpreted improperly. Ask about the attorney’s prior cases, if they have handled cases similar to yours and what their background is in OUI (DUI or DWI) law. You will also want to know if the lawyer takes cases to trial or if they tend to plea bargain OUI cases as this could make a difference in how aggressive the lawyer defends you.

A driving while impaired charge is extremely serious, which is why you need to hire a qualified OUI (DUI or DWI) attorney to represent you in court. You could be facing time in jail, loss of your license for an extended period, extremely high fines, exorbitant insurance rates and other consequences after being charged with a OUI. In some cases, you may even lose your job or a security clearance. If you have been charged with driving while impaired, contact our office today to see how we can help you protect your rights under the law.