How Do I Get Custody of my Children in Massachusetts? 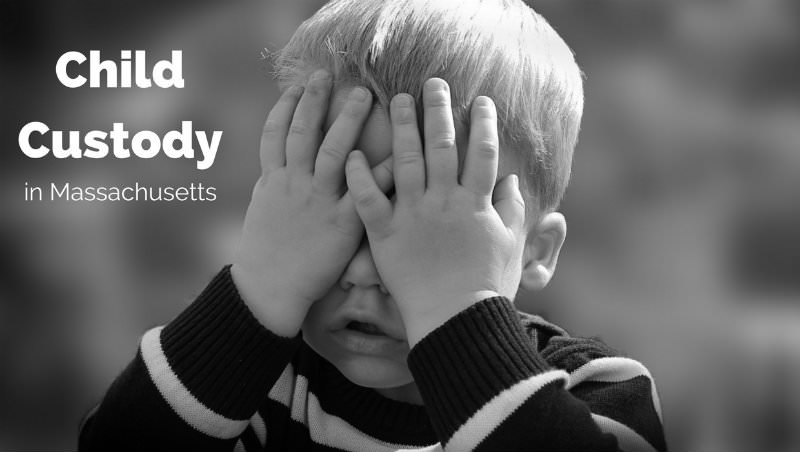 Most people who face separation or divorce wonder how to get custody of their child. What many people do not know is that, in Massachusetts, you may already presumptively have custody or previously signed the paperwork that could help you obtain Court-ordered custody of your child.

The Best Interests of a Child Is Most Important

Before discussing custody, every parent must know that in virtually every state, the best interests of a child is the standard that the judge considers when making an order about custody (or parenting time).

Custody is a popular word that is used by litigants, attorneys and judges when parties in a divorce, separation or custody matter are looking to make specific decisions about a child. There are two types of child custody in Massachusetts – legal and physical.

Legal Custody – is the right to make important or major decisions regarding a child’s care and welfare, including:

When a parent is awarded sole legal custody, he or she has the sole and exclusive responsibility and right to make all major decisions regarding a child.

If parents share legal custody, they jointly have the responsibility and right to make major decisions regarding a child. If there is disagreement regarding a major decision (elective surgery, attending private school etc.) and a compromise cannot be reached, the court would have to address the matter in a Complaint for Modification.

Physical custody can either be shared or sole. Courts often lean towards shared physical custody arrangements if the parties live in the same town or close to each other and the children’s best interests would be served by having an almost equal parenting time arrangement. This can occur in a variety of ways – alternating weeks with each parent; the same two weeknights each week with each parent and alternating Friday-Sunday or some other way that works for the family. If, due to work schedules or some other reason shared physical custody is not possible, one parent will be designated the sole physical custodian and the other parent will have parenting time. In previous years, parenting time was called “visitation” but this word is not used anymore because a parent is not a visitor and not visiting someone. He or she is spending time with his or her child, thus it is parenting time.

Hoping for shared custody or simply just filing for custody and stating that you want to be the sole or joint custodian of your children is not enough for the judge to grant your request. You must show through strong testimony and other evidence that the custody arrangement you are seeking would be in the best interests of your child. Your best bet is to hire an experienced family law attorney to assist you in Court.

Obtaining Custody in a Massachusetts Court During a Divorce

If Massachusetts has jurisdiction to hear your divorce, it will have jurisdiction to make a determination regarding custody. Be aware of the “six month rule,” though. Once a child and a parent have moved out of Massachusetts and are living full-time in another state for six months or more, Massachusetts loses jurisdiction over the custody portion of the case. In the event a divorce is not filed and a parent is looking for a custodial order and child support, so long as you and your child have lived at least six months in Massachusetts and there is no other request for custody pending in another state, the county in which you reside with your child is the proper venue for your request for custody to be heard by the Court.

If there is a need to obtain temporary custody, you can file a motion with the Court asking for temporary orders to be issued that will address custody of the child. The other parent must receive notice of the hearing so he or she can be heard on the matter.

During a divorce, it is more likely than not that a judge will order shared legal custody. However, in certain circumstances, there may be a basis for the Court to award sole legal custody. Some of the scenarios include:

If you unmarried to the child’s mother, but are on a child’s birth certificate or signed a voluntary acknowledgment of paternity at the hospital, you may go to Court with a certified copy of the document and file a Complaint for Custody Support and Parenting Time to address custody, parenting time and child support issues.

In addition to whichever complaint you file, each parent must also file:

All of the forms needed to file either complaint are located on the “Forms” page of the Massachusetts Probate and Family Court website.

How Will the Court Determine Custody?

Assuming the parents cannot agree on a custody arrangement, the Court will hear testimony from each party about why he/she should be awarded the requested relief. The Court must take the child’s best interests into consideration when awarding custody and parenting time. The Court has wide discretion to determine what is in a child’s best interests.

Anytime custody is addressed in Court, a judge will ask about what parenting plan a child has with his or her parents. If the parties agree on custody and parenting time, the judge’s decision is very easy to make – he or she typically adopts the parties’ agreement so long as it appears that the child’s best interests are being met.

However, if the parents cannot agree on a parenting plan, the Court will hear testimony from the parties and enter an order. It often is not what either parent is looking for, so it is best to come up with an agreement beforehand. When a parenting plan and custody are addressed, child support is considered, too.

Things to keep in mind when coming up with a parenting plan, custodial arrangement and child support order include:

After the judge reviews all pleadings, evidence, and hears testimony from the parties, the court will make a ruling on custody, parenting time and child support.

Some good ideas to consider when trying to convince a judge to grant you either shared or sole custody is to prove that you cooperate with the other parent, that sharing time or having sole custody would be in the child’s best interests, and that your child’s needs are more important than your own.

Experienced family law attorneys in MA are your best hope to prepare you for and guide you through the issues associated with child custody in Massachusetts.